Welcome and assistance on arrival at Indira Gandhi International Airport in Delhi and transfer to the pre-booked hotel by aircon car. After check in, travel document related to the tour plan and services will be handed over to you; our representative will explain all your queries about the entire tour plan. Later in the evening visit to see Light and Sound Show at Red fort. The show exhibits wonderful history of the city in a very interesting way. Afterwards return to the hotel for overnight stay.

Light and Sound Show: A spectacular show at the Red Fort. Which makes the 5,000 years old history of the city come alive. Amidst the harmony of the splendidly panoramic and historic environs of the Red Fort, select episodes from the annals of Delhi's historic and majestic past are vibrantly brought to life. Special effects combine with the exceptional character to make this show an impressively memorable experience.

After breakfast, take a sightseeing tour of Old Delhi: the majestic Red Fort, a marvel in red sandstone, Jama Masjid, the largest and most splendid mosque in India, Rajghat, the memorial of Mahatma Gandhi, where he was cremated. The sightseeing continues to explore New Delhi including President House, India gate; built to honour and pay a tribute to the Indian soldiers who sacrificed themselves during the Afghan war, Birla Mandir (Laxmi Narayan Temple), Humayun’s Tomb, lotus shaped Bhai’s Temple, Qutub Minar; built by Qutub-ud-din Aibek of the Slave Dynasty. Sri Radha Parthasarathi Mandir, generally known as the ISKCON Delhi temple. In the evening you can opt for a cycle rickshaw ride through the lively and colourful market of Chandani Chowk. Afterwards return to the hotel for overnight stay.

Delhi, the towering capital city of the independent and largest democratic country in the world: India. Delhi is located and sprawled on both banks of Yamuna River. The city is enriched with culture, architecture and human diversity, Delhi city is a blend of the ancient past of India with the vibration of the modern world. The city designed by the British architect Sir Edwin Lutyens (1869-1944) & is tree-lined & spacious. Legend has it that the Pandavas of epic Mahabharata, the august heroes, founded Delhi around 1200 BC & the name of the city was Indraprastha.

After breakfast check out the hotel and drive to Agra, on the way stop over at Sikandra to see the Tomb of Mughal Emperor Akbar, after visit continue to proceed to Agra, on arrival transfer to the hotel. In the evening, if time permits, must visit Oswal Emporium to watch the replica of Taj Mahal it took 10 years for the artists to build this artistic epitome, also enjoy light and sound show “Mohabbat-the-Taj: the saga of love”, the only show of its kind in India! Later return to the hotel overnight stay.

Agra is famous as being home to one of the Seven Wonders of the World - the Taj Mahal. A pleasant town with a comparatively slow pace, Agra is an old city and it is said that its name was derived from Agrabanad, a forest that finds mention in the epic Mahabharata. Agra is known for its superb inlay work on marble and soapstone by craftsmen who are descendants of those who worked under the Mughals. The city is also famous for its carpets, gold thread embroidery and leather shoes. Agra and Fatehpur Sikri, both are conveniently located close to Delhi. Agra Fort, Sikandra, Ram Bagh and Itmad-Ud-Daulah are some of the noteworthy places to visit apart from the famous Taj Mahal.

Early morning visit world’s most popular and beautiful monument: Taj Mahal with its’ fabulous view at the time of sunrise. Taj Mahal, a beautiful architectural monument is one of the 7 wonders of the world. This historical masterpiece is an illustration of the fusion of diverse architectural styles. Taj Mahal is the crown of all the lovely buildings in the world and a symbol of eternal love. The tour continues with a visit to Agra Fort. The fort was built in 1576 AD by great Mughal Emperor Akbar, structured and designed with red stoned barricaded; here you will find the splendid Pearl Mosque and various other classic example of art: Jahangir Mahal, Moti Masjid, Macchhi Bhawan, Nagina Masjid, Diwan-i-Khas, Sheesh Mahal, Diwan-e-Am, and Meena Bazaar and Musamman Bhurj. Emperor Shahjahan imprisoned by his rebellious son Aurangzeb in the Musamman Bhurj, would see his love reflecting through the Taj Mahal, where his dear wife was cremated. Afterwards visit Tomb of Itamad-ud-Daula, 35 kms from Agra, built by Empress Noor Jahan daughter of Shahjahan, this monument a tribute to her great father. Later return to the hotel for overnight stay.

Note: Taj Mahal is closed on every Friday.

Today morning after breakfast check out the hotel and drive to Jaipur. Enroute stop over at Fatehpur Sikri, the old deserted town of the Mughal kingdom, built in red sandstone in honour of Saint Salim Chisti who blessed birth of 3 sons to Emperor Akbar. It is an example of robust stability combined with originality. Each important structure here represents a type by itself. Notable among them is the Diwane e Khas; Punch Mahal, the Tomb of Salim Chisti, and the Buland Darwaza, one of the largest and tallest gateways in the world. Also stop over at Abhaneri near Jaipur, and visit Step Well, it was built by King Chanda of the Chauhan Dynasty, and was dedicated to Hashat Mata, Goddess of Joy and Happiness upon completion. Afterwards continue drive to Jaipur. On arrival, transfer to the hotel for overnight stay.

Jaipur is widely known as the ‘Pink City’ of India. The walls, houses and buildings of the entire city were washed with pink colour for a grand and royal welcome of Prince Albert and Queen Victoria of Britain, who visited Jaipur in 1853 A.D. This splendid city as was founded in 1727 A.D by one of the greatest ruler Jai Singh II. Jaipur is surrounded by hills on three sides. Jaipur is the only city in the world, which is designed in accordance with Hindu architectural science called Shilpa Shastra. The city had been designed in rectangular shape of 9 blocks, depicting the 9 partition of the universe.

Today morning after breakfast, explore the Pink City with an excursion to splendid Amber Fort, situated just outside the city, built in the 15th Century by Rajput King Man Singh. Later visit another mighty and majestic Nagargarh fort, close to Amber fort. Drive back to the main city to visit the imperial City Palace - present residence of the royal family of Jaipur. The incredible Jantar Mantar was innovated and constructed by Jaipur King Swai Jai Singh. Splendid Hawa Mahal, also known ‘Palace of Winds’ Birla Temple, with its white shimmering marble glittering in the night. You can visit to Amber fort to see the Light and Sound Show: holds the history of a citadel, pulsating with a legendry past of 600 years & 28 kings of the Kachhwaha dynasty, before their capital moved to Jaipur. Later you can explore the bustling market by hoping onto a cycle rickshaw ride. Enjoy your evening at the most authentic and ethnic village resort: called Chokhi Dhani, designed on the theme of an ethnic village of Rajasthan with lots of traditional environment with entertainment like folk dances, puppet shows, astrology, music, camel ride, Here you can enjoy the traditional Rajasthani food. Afterwards return back to hotel for overnight stay.

Today morning after breakfast chack out the hotel, and transfer to the domestic airport to board the morning flight fore to Mumbai, assistance on arrival and transfer to the hotel, day is free for shopping and individual activities, Mumbai is bipolar - air-conditioned and hassle free or street-market and lots of fun. There are numbers of malls in the western suburban:  In orbit Mall and Infinity Mall and other shops in Juhu and other places. Optionally you can do the shopping in famous markets and shops include Dadar, Fort, Colaba Causeway, Cottage Industries, and Handloom Emporiums amongst many others, or opt to visit bollywood celebrity houses, Shahrukh Khan, Amitabh Bachchan, Salman Khan etc, (can be seen from outside). Afterwards return to the hotel for overnight stay.

Ellora, The Ellora caves, 34 in number, are carved into the sides of a basaltic hill, 30 kms away from Aurangabad city. The optimum specimens and masterpiece of cave temple architecture, Ellora caves elaborates frontage and elegantly decorated ancient interiors. These structures define the era of 3 religions Buddhism, Hinduism and Jainism, these caves were cut and carved between 350 AD to 700 AD. In the South side there are 12 Buddhist caves, 17 Hinduism caves are in the centre and 5 Jain caves are in the north side.

Note: Elephanta Caves and Prince of Wales museum are closed on every Monday.

After breakfast, check out the hotel and transfer to the airport, to board the schedule flight for Goa, assistance on arrival and transfer to the pre-booked resort. After relaxation enjoy the beach activities at Goa: Swaying palms, white sand and sparkling waters: the three essential elements that attract 2 million visitors annually to Goa’s balmy shores are plentiful in this tiny, glorious slice of India hugging the country’s western coastline and bounded by the Arabian Sea. Overnight stay at the resort.

Goa, a Portuguese explorer, Afonso de Albuquerque sailed up the river Mandovi defeated the Bijapur army and rode into the capital triumphantly bearing a Portuguese Standard in one hand, and a Gold Crucifix in the other. A curious blending of cultures took place, affecting every sphere of Goa life, from religion to architecture, cuisine to art. The chapter of Goa's history ended 451 years later when Goa ceased to be a Portuguese colony, and became a part of the Indian Union. Parasailing, yachting, windsurfing, and deep sea diving are some of the more popular water sports, facilities for which are available.

After breakfast, the day is free to enjoy the beaches and amenities available at the resort. You can take a sightseeing tour of Old Goa - 10 km from Panjim, the basilica of Bom Jesus, and the 16th century church dedicated to infant Jesus and enshrining the mortal remains of St. Francis Xavier, is one of the most important sight of Goa. The other Churches in the same area are St. Cathedral & Fort Aguada, with its vaulted interior, Church of our Lady of Rosary and Nunnery of St. Monica. Evening is free for leisure. Overnight at the resort at Goa

Today after breakfast day is free for individual activities and enjoy the beaches and sport activities in Goa: (on your own). Overnight at the hotel at Goa.

Today morning after breakfast check out the hotel and drive to the airport to board the scheduled flight to for hometown. On departure, the tour concludes with the happy memories.

Since the precise cost of a customized tour is subject to specific accommodation choices, travel period (date/month/year), nos of pax travelling together and other custom preferences. However, to enable you to chalk out your holiday plan, we suggest following budget guidelines (minimum 2 people are travelling together & sharing one double room) for a customized tour:

The Package Inclusive of: 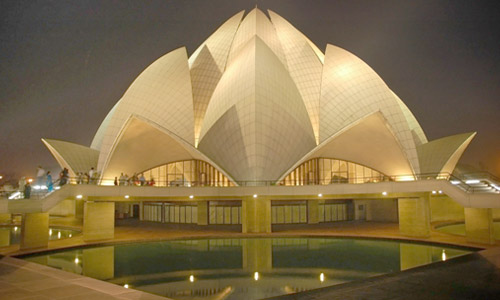 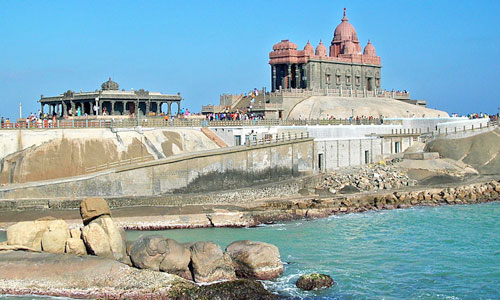 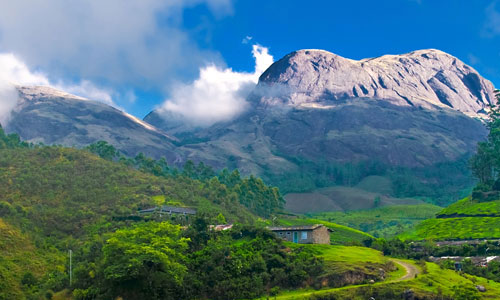 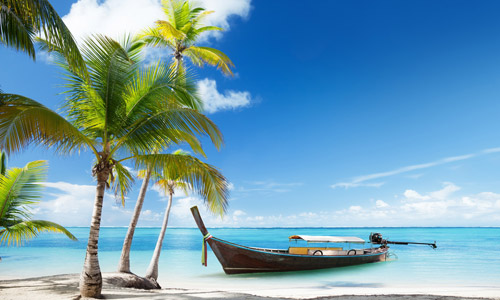 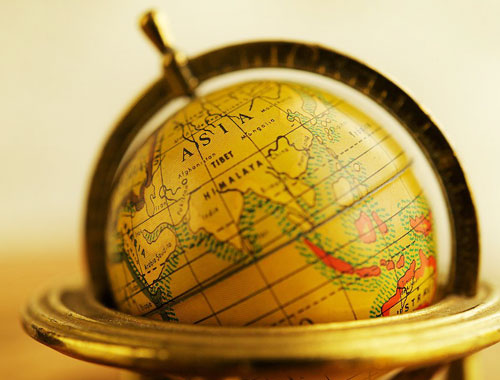 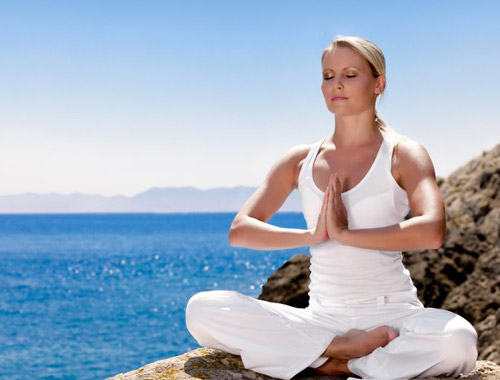 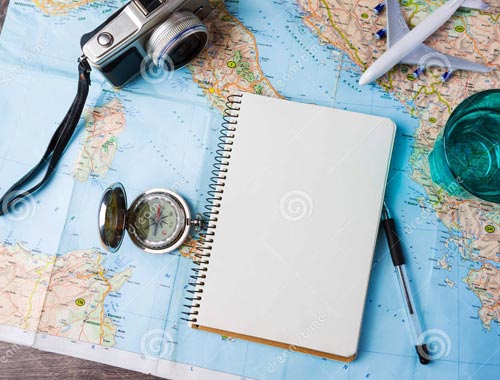